Reasons you will love him - Re:reading the dictionary

Tim Sinclair is brilliant. He is the Captain of Poetry at PAN magazine and also a poet. A good one, not one of those crap pretend ones. I've been waiting ages for his new verse novel to come out. His last verse novel, Nine Hours North, a verse novel for young adults, was fucking great, which is weird because I hate both verse novels and young adults.

When Tim announced he was releasing an echapbook, in the middle of revising drafts of his second big book, I became angry. Surely it is the duty of a Tim to finish a book as quickly as possible so that a Dale may read it? When I asked him about this he said no, no it's not actually a duty and he is working diligently on said new novel, as I bloody well know.

The new echapbook (I will make that a word) is called Re:reading the dictionary. Tim said something along the lines of it being an accidental book that came about as a result of his unnatural love of the dictionary and the more natural human desire to do other things when they really ought to be finishing their new novel. At least I think that's what he said.

Tim is very busy and important so I have taken the liberty of interviewing myself* as Tim Sinclair about his new book.

DS: Hello 'Tim'.
DSasTS: Er, hello.
DS: Right, so the cover art is good. Who did that?
DSasTS: Kitty & Rosevich but you already knew that, seeing as how they collaborate with PAN magazine.
DS: Yes, fine. The words inside the book are also quite good. Who wrote those?
DSasTS: I did! You already know that too.
DS: No need to get tetchy. You seem rather violent for a poet. You're supposed to be all peaceful.
DSasTS: I am peaceful.
DS: So are you saying you're an elitist or something?
DSasTS: No. No, that's not at all what I'm saying. What are you doing?
DS: I'm practicing to be a hard-hitting reporter.
DSasTS: Fine. Good. Now about the book. It's an echapbook.
DS: I agree. It is an echapbook and it is brilliant. Why are you a poet?
DSasTS: It's available from my website Cottage Industry Press for a very small sum of money. Don't want to know about the book?
DS: You didn't answer my question. You're being very uncooperative. I think I should terminate this interview now for my own safety.
DSasTS: I don't think that's really necessary. If you would just sit still a second and stop doing that jumping around thing. You're being very distracting.
DS: Good. Fine. You can see how this is. The mind of the poet is a mysterious and important place. I have risked my life to bring you this hard-hitting inside view of a poet in his natural environment. It is with reluctance that I have had to cut the interview short and retreat to a safe distance. Interview over.
DSasTS: For fuck's sake!

There's a lesson in here. Poets, not as easy to impersonate as you might have thought.

Here's a proper interview with Tim about Re:reading the dictionary. Just in case you weren't satisfied with the above hard-hitting one.

You can find the real Tim Sinclair at Cottage Industry Press.


* I did not actually ask Tim for an interview, he probably would have said yes but that's really not the point. Right now it seems like a brilliant idea to pretend to be Tim. It would do well to note that the above is not at all what the real Tim Sinclair is likely to have said.  Hopefully this will not cause the real Tim Sinclair to become cross with me. Let's see what happens. 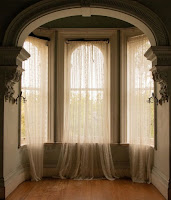 I miss the hustle of days. The clomping asynchronous tramp of the stairs at Central Station, the stream and dam ebb of the pedestrian crossing on the corner of Elizabeth and Foveaux. The warm push of the people in front and behind. The encircling muscle of a crowd full of ear-plugs, music and beer. I am beginning with grief. 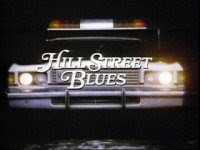 I'm not entirely sure where I am. Not yet.

It was curious but I found myself to be nervous. At first I was unsure as to why I was covered in a light sheen of sweat, had a heightened awareness of sound and a general inability to finish my piece of banana bread but it soon became clear that I was nervous. I harbor no real desire to become a train driver, my motivation for undertaking this lengthy and trying process is more complex and unreasonable than the jurisprudence of equity, and I think you might find that equity has more to do with reasons for taking train driver tests than you first thought. I was surprised, though I shouldn't have been, to find myself standing in a crowd of men dressed in their smart casual best. Their hideous hair was tied back, gelled down or spike upwards. They all wore pale button up shirts,ill fitting trousers and awful shoes. Somebody else had ironed their shirts. There were about 170 of us, we were herded, inspected, marked off on lists. I was not uncomfortable, not once the pencils came o